Today is the 800th Anniversary of the Magna Carta! 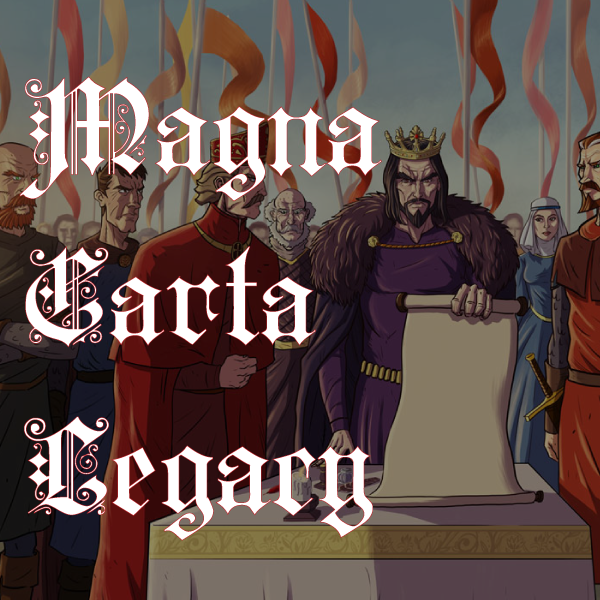 The anniversary will be marked by a Magna Carta themed episode of Q&A on ABC1 at 9.30pm AEST. It will feature Magna Carta Committee Member Bret Walker SC and Parliamentary Patron, Speaker of the House of Representatives, the Hon Bronwyn Bishop MP, a celebration event run by the Centre for Independent Studies, a Ceremonial Sitting of the ACT Supreme Court, and a lecture on Human Rights and the Magna Carta at the Australian National University.

The ABC Radio National website allows you to submit your own clause for a #newmagnacarta. Don’t forget to check out our education site Magna Carta Legacy.

Take the quiz to see how much you really know about the Magna Carta. Didn’t get the questions right? Try an easier quiz.

In the news today:

Momentum has been building over the course of 2015

The Magna Carta Committee has organised events and collaborated with groups from around the nation.

The Clerk of the Senate, Rosemary Laing, alongside Chairman of the Magna Carta Committee Nicholas Cowdery AM QC then spoke at a Magna Carta Symposium at the State Library of NSW in May, along with other fine minds on the subject of Australia and the Magna Carta. The sinister figure of King John casts his shadow in the public hall at the High Court of Australia.

The start of June saw heightened discussion of the Magna Carta and its impact on society.

The University of Sydney and the Rule of Law Institute ran a panel discussion on Australian Anti-Terrorism Laws and the Magna Carta, Bret Walker SC, a Magna Carta Committee Member, was a guest speaker – along with Dr Emily Crawford and Professor Colin Wight. Timebase and Lawyers Weekly covered the discussion. The June edition of the Law Society Journal featured Magna Carta: 800 Years Young, a paper by Nicholas Cowdery AM QC, and an article on the Symposium held earlier in the year.

The Ceremonial Sitting of the ACT Supreme Court will include a Magna Carta Cake, or ‘Magna Cake’ for short.

The celebrations, like the Magna Carta itself, live on after the anniversary on June 15. A Magna Cake – Perfect for any Magna Carta related celebration.

The Tasmanian Parliament is holding a celebratory event on the 16th June at Parliament House in Hobart.

The National Access to Justice and Pro Bono Conference on the 18-19th of June has a Magna Carta theme to mark the occasion. Nicholas Cowdery AM QC is presenting at the conference.

The Judicial Independence in Australia Conference at the University of Queensland is sponsored by the Rule of Law Institute and is also celebrating the legacy and impact of the Magna Carta.