The Magna Carta is the most famous and important document in the history of the English-speaking world.

Heard of by most, but read by few, it is handwritten in medieval Latin on untanned animal skin. How it survived is a wonder, and survived it has for nearly 800 years, not simply as a historical document, but relevant in everyday life and referred to whenever our liberties are threatened.

The History of the Document 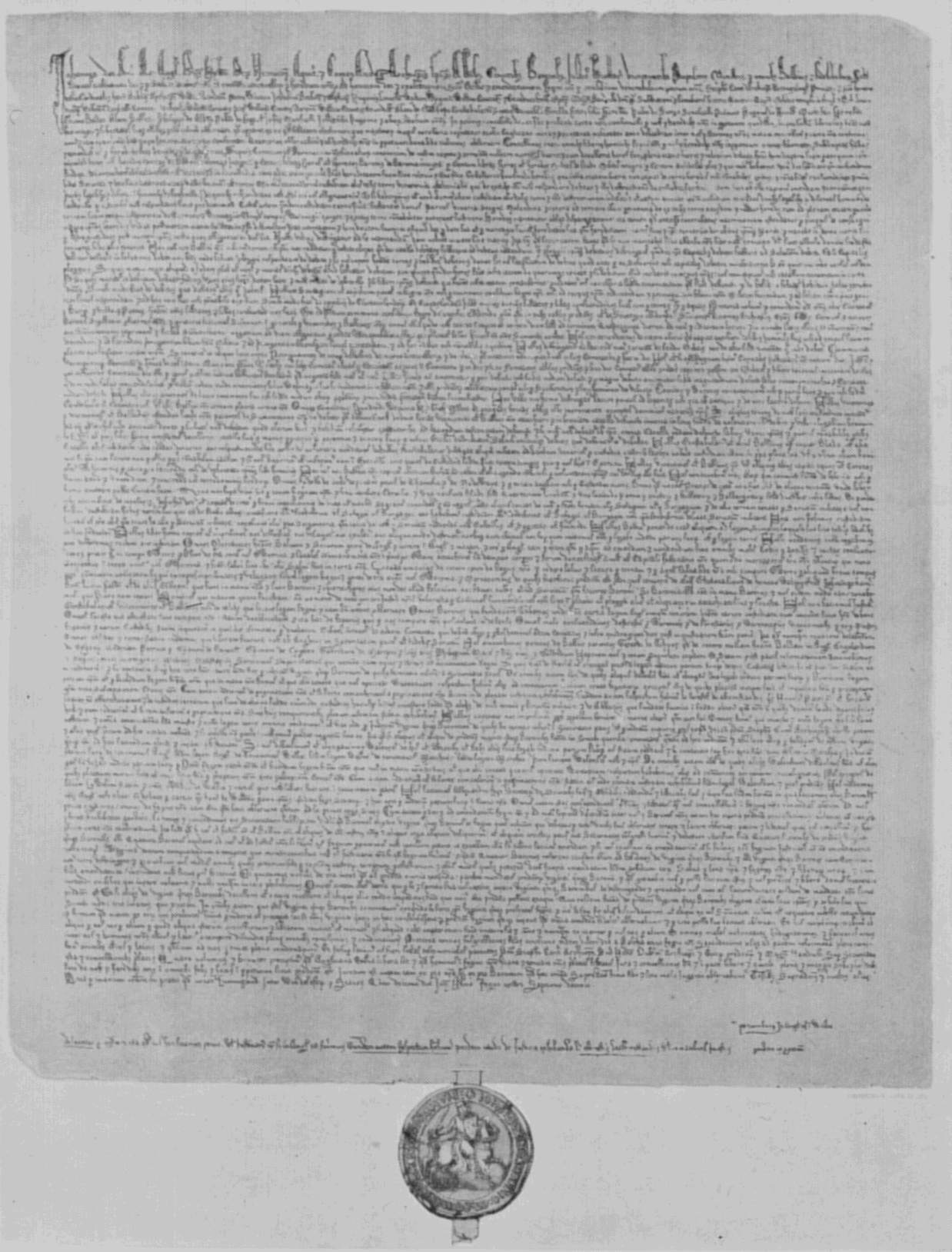 The Magna Carta was and remains critical to the protection of fundamental liberties in the US and to their confirmation in the Declaration of Independence. In 1765 John Adams in a speech opposing the infamous Stamp Act referred to the Magna Carta including the provision that no man is to be denied justice nor have justice delayed. Benjamin Franklin had made the same point in the previous year, when he addressed the British House of Commons.

It has also been and remains fundamental in Australia since 1788 and in drafting the Australian Constitution.

The Legacy of Magna Carta

All of this occurred despite the Charter being barely eight weeks old when it was repudiated by King John and annulled by Pope Innocent III.

The enduring and unprecedented effect has occurred for two reasons.

First, because it was reissued with modifications in 1216, 1217, 1225 and 1297 (and these are collectively referred to as the Magna Carta) and successive generations. In 1628 Sir Edward Coke published the famous Institutes of the Laws of England which contained a complete commentary on the Magna Carta which was closely studied and quoted in the constitutional struggles in the first half of the seventeenth century, and in the United States by law students such as John Adams, Thomas Jefferson and James Madison. Since then it has been repeatedly referred to and relied upon. 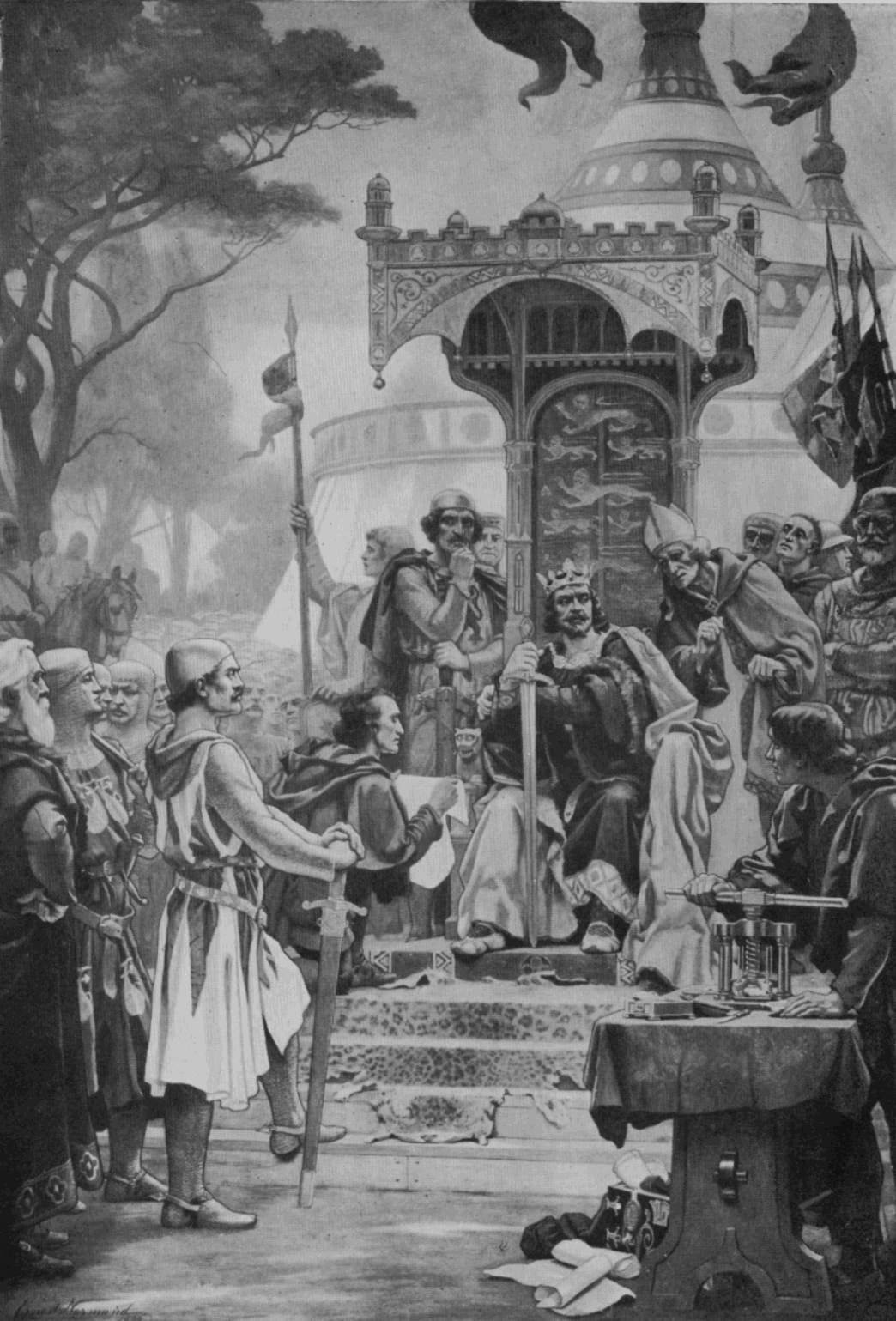 The flame of the Magna Carta has thus been kept alive by successive generations.

Second it has had this enduring and unprecedented effect because of its content. It is a “real” document forced upon a king who had used the legal system as a monstrous machine for extortion of the rich and poor. It is not a pious statement of principles. The wrongs were specific. And the victims knew that there was no chance of preventing a reoccurrence unless specifically prohibited, the prohibition was in writing and agreed to by those in authority.

Some readers may think that the specifics in the Magna Carta make it irrelevant today; for example, “All fish weirs on the Thames and Medway and throughout England are to be entirely dismantled, save the sea coast” (clause 23). But what the Charter expresses is an infringement of a person’s “liberties”, the freedom to do something in peace with one’s own without interference by the monarch or other people in authority. While the particular wrong may no longer exist a new wrong which interferes with our liberties is to be likewise prohibited.

The promise to redress the grievances was not confined by the Magna Carta to the barons as sometimes been claimed. It was addressed:

“To all free men of our kingdom we have also granted, for us and our heirs for ever, all the liberties written out below, to have and to keep for them and their heirs, of us and our heirs:”

“Free man” was anyone holding land by free tenure and in 1215 comprised over half the male population.

“Liberties” were granted; the non-interference with the peaceful enjoyment of one’s own by those in authority.

(8) No widow shall be compelled to marry, so long as she wishes to remain without a husband. But she must give security that she will not marry without royal consent, if she holds her lands of the Crown, or without the consent of whatever other lord she may hold them of.

It also provided that the punishment is required to fit the crime:

“(20) For a trivial offence, a free man shall be fined only in proportion to the degree of his offence, and for a serious offence correspondingly, but not so heavily as to deprive him of his livelihood. In the same way, a merchant shall be spared his merchandise, and a husbandman the implements of his husbandry, if they fall upon the mercy of a royal court. None of these fines shall be imposed except by the assessment of reputable men of the neighbourhood.”

This is particularly relevant to mandatory sentencing where the sentence may not be proportionate to the crime.

It also provided for standard measures which was relevant to all:

(35) There shall be standard measures of wine, ale, and corn (the London quarter), throughout the kingdom. There shall also be a standard width of dyed cloth, russett and haberject, namely two ells within the selvedges. Weights are to be standardised similarly”

It provided that no one is to be charged with a crime without witnesses – thus every person is presumed innocent until the contrary is proved. An assumption which Parliaments around Australia are seeking to reverse today.

(38) In future no official shall place a man on trial upon his own unsupported statement, without producing credible witnesses to the truth of it.

The Charter provided that there was to be no punishment except in accordance with the law:

(39) No free man shall be seized or imprisoned, or stripped of his rights or possessions, or outlawed or exiled or deprived of his standing in any other way, nor will we proceed with force against him, or send others to do so, except by the lawful judgement of his equals or by the law of the land.”

The right of justice to all was provided by the Charter:

The Charter provided only those who knew the law and were minded to keep it were to be appointed:

(45) We will appoint as justices, constables, sheriffs, or other officials, only men that know the law of the realm and are minded to keep it well.”

Those to whom the liberties were granted by the Magna Carta were to observe those liberties in their dealings with others to whom they were not granted. This often overlooked provision placed an obligation on those who benefited from the charter to observe it in their relations with others:

(60) All these customs and liberties that we have granted shall be observed in our kingdom in so far as concerns our own relations with our subjects. Let all Let all men of our kingdom, whether clergy or laymen, observe them similarly in their relations with their own men.”

The Legacy of Magna Carta in Australia

The Magna Carta remains relevant in our times, both in the spirit of what is expressed and its terms. For whilst the Magna Carta is a product of its times to deal with wrongs of the times and whilst those times are not present times and those wrongs may not be present wrongs, it lays down in writing specifically the wrongs and their prohibition.

As Sir Gerard Brennan, a former Chief Justice of Australia, has said, the Magna Carta has lived in the hearts and minds of Australian people. It is an incarnation of the spirit of liberty in Australia. And that whatever its text or meaning, it has become the talisman of the spirit of a society in which tolerance and democracy reside, a society in which power and privilege do not produce tyranny and oppression.

For without good laws and good administration of those laws there is no liberty.

As Lord Irvine said at the inaugural Magna Carta lecture presented in the Australian Parliament on 14 October 2002:

“The fact that the provisions of Magna Carta rarely break the surface or provide explicit contributions to the outcome of modern cases should not obscure its contemporary importance. I hope I have shown that in celebrating the legacy of Magna Carta in the UK and Australia we are not clinging to a constitutional relic, vastly overestimated by generations and without modern significance. The opposite is in fact true. Magna Carta can be truly appreciated as the foundation stone of the rule of law. Its terms continue to underpin key constitutional doctrines; its flame continues to burn in the torches of modern human rights instruments; and its spirit continues to resonate throughout the law.”